skip to main | skip to sidebar

Remember, as long as the weather's great in the fall, we're still playing, so come join us! 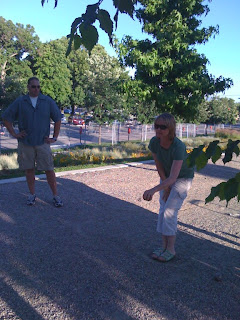 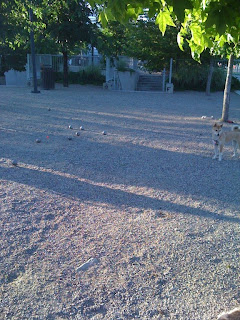 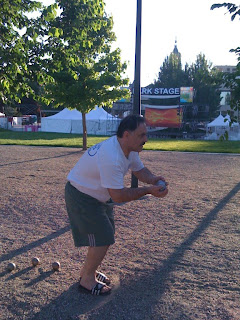 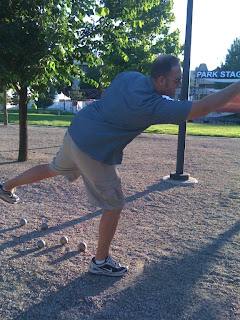 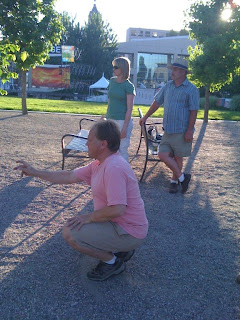 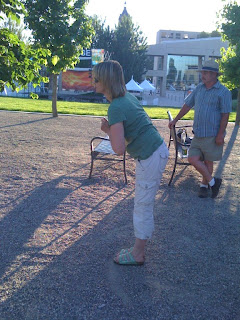 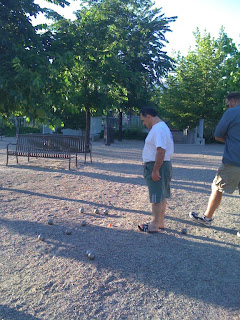 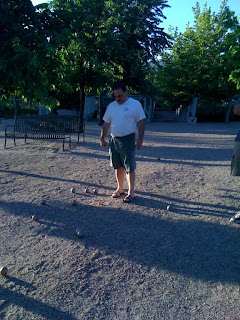 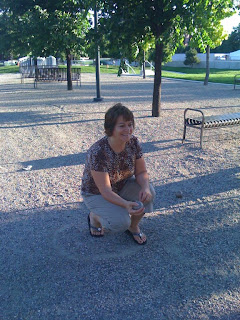 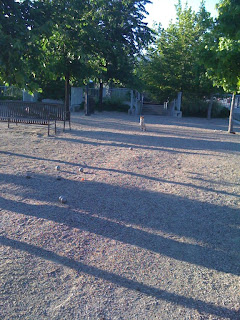 See you next time!

We started off the season by having a few of our members go to "La Boule d'Or" in San Francisco.

"Jeanie and I enjoyed great hospitality in SF. We stayed with some friends from the Boule D'Or Club, Helga and Richard. She is from Germany and he is from the bay area and they love Petanque. We only played in the tournament on Saturday and went for a hike in Muir Woods on Sunday, checking out the Redwoods. We went back to La Boule D'or in the afternoon and watched the final. The whole weekend was a little on the cool and wet side but the Pastis surely helped !" 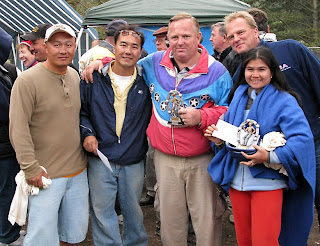 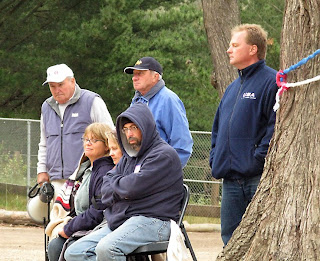 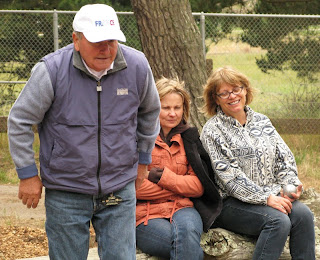 See you on Tuesday nights!
No comments:

JJ & Michael went to Portland, OR and had a fabulous time at the Petanque Tournament!

The Northwest Regional Doubles took place on Sunday July 27th on a genuine Portland summer day: a bit cloudy, a few drops of rain, but with a very nice finish. After a delicious course of pastries provided by La Petite Provence, (sibling of "La Provence, the big") the competition began. 13 teams from Oregon and Washington, plus one from Salt Lake City Utah, played three rounds of a Swiss system in the morning to qualify teams to the concours and consolante. For lunch we had sandwiches provided by La Provence Bakery and Bistro. After lunch, Joe Martin and Pierre Brun went on a rampage, defeating Philippe and Pierre Agnesse 13-12, then Dick Viskov and John Hunt 13-0, and finally Bob and Joe Cortright in the final by 15-3. The Viskov/Hunt team took third place by defeating John Chantavisay and Duong Nguyen.
Albyn Jones and David Johnstone defeated Greg Conyers and Lee Harris in a closely contested match to take the honors in the consolante final.
We finished off the day with a wonderful banquet (Thanks to Didier Blanc Gonnet and Pascal Tisseur of La Provence!), awards, and then another round or two of friendly boules for those who didn't want to see the end of a great weekend of petanque! Many and profound thanks to the volunteers who helped make it happen.
Here are the results:
Concours:
1st: Joe Martin and Pierre Brun
2nd: Joe Cortright and Bob Cortright
3rd: Dick Viskov and John Hunt
4th: John Chantivisay and Duong Nguyen
Consolante:
1st: Albyn Jones and David Johnstone2nd: Creg Conyers and Lee Harris
Longest Trip Prize: Michael Kronenberg and Jean-Jacque Grossi who came all the way from Utah to participate! Albyn awarded each a special bottle of vintage "Vin de Petanque" from his cellar. 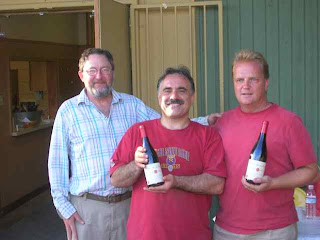 Well, we had a fun Thursday night on this Utah Pioneer Day - before the fireworks we decided to play some boules! B & M were kind enough to let us use their pétanque court, since Liberty Park was too crowded. We even have a new mascot :) Enjoy! 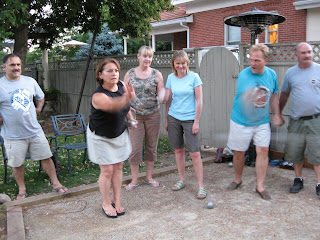 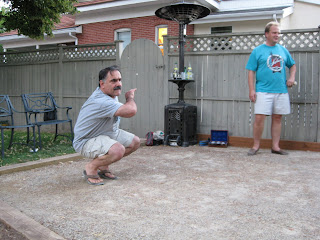 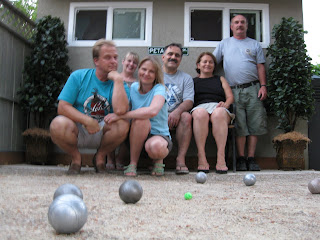 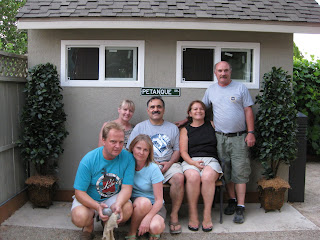 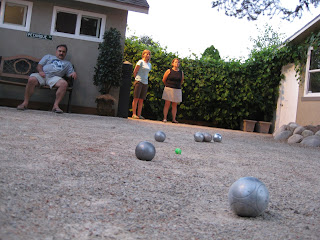 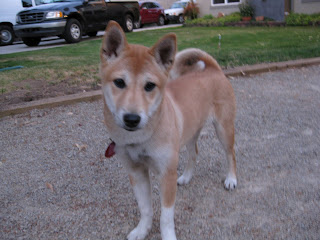 Roxy, our SLCPétanque mascot !!
No comments:

SLC has a blog!

Welcome to our site! Here you will find all you need to know about playing Pétanque in Salt Lake City... We invite you to join our fun team, or simply come see how the game is played! We have many other petanque players from other states who stop by and play too. Hope to see you there! 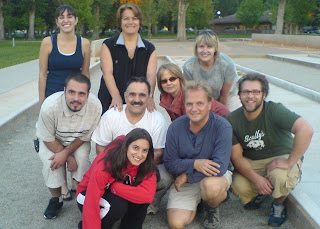 I want to play too!!

Weather permitting, we play every Thursday Evenings at 6 PM, at the NorthEast corner of the City Library Square (400 South, 300 East). Parking is free after 6 PM on 300 East.